Get ready to shake! shake! shake! The sifter, that is! Don those aprons! Gather the flour, sugar and cocoa, then, grab the sifter! Yep! It's going to be chocolate! Of course, have the recipe all set for the rest of the ingredients (scroll down). Preheat the oven to 375°F, put a smile on your face and prepare to surprise someone with something that is chocolatey, light, decadent, moist and spicily piquant. And, by all means, put on the music!

What is it that's chocolatey, light, decadent, and moist? Devil's food. A cake, muffin, or cookie made with dark chocolate. Today is a celebration of this delicious dessert whose dark, rich color contrasts with the airy snowy white of its counterpart, the classic white angel food cake. Devil's Food cake has a unique light and moist texture, which sets it apart from other chocolate cakes. The recipe calls for quite a bit of baking soda, and boiling water instead of milk. Both of these ingredients contribute to the fluffiness of this confection.

A bit of devilish history...


Recipes for rich, chocolate cakes similar to Devil's Food were fairly common in late 19th century cookbooks, but they were not named such. They were typically listed under the generic name "chocolate cake" with most being white/yellow cake iced in chocolate. Recipes titled Devil's Food proliferated, sometimes with interesting and creative twists, in the first decades of the 20th century. Red Devil, a reddish-brown color, appeared in the 1930s.

It is unknown exactly how this chocolate cake came to be called 'Devil's Food'. Perhaps it simply came from the old adage "It is so good it must be sinful!"

What is the difference between chocolate cake and Devil's Food? 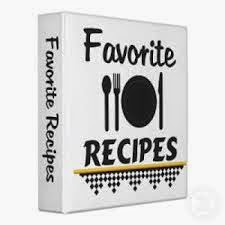 According to The Food Timeline cake history, the earliest recipe for Devil's Food printed in an American cookbook is dated 1902:

Put in a double boiler four ounces of chocolate and a half pint of milk; cook until smooth and thick, and stand aside to cool. Beat a half cup of butter to a cream; add gradually one and a half cups of sugar and the yolks of four eggs; beat until light and smooth. Then add the cool chocolate mixture and three cups of pastry flour, with which you have sifted two teaspoonfuls of baking powder. Beat thoroughly for at least five minutes; then stir in the well beaten whites of the eggs. Bake in three or four layers. Put the layers together with soft icing, to which you have added a cup of chopped nuts. The success of this cake depends upon the flour used.
---Mrs. Rorer's New Cook Book, Sarah Tyson Rorer
*The directions call for a half pint of milk. 2 c = 1 pt so 1/2 pt = 1 c but the recipe calls for 1/2 c Go figure!