While TGIF is a most familiar acronym, has this day always represented the 'end' of the work week?
[Read all the way through to see where the catchphrase originated.]
In today’s society, “weekends” are taken for granted. However, that luxury has not always been recognized. The work week was once Monday through Saturday with work, especially on farms, starting before the sun came up and not ending until sundown. Jobs 'back in the day' consisted of positions, such as

Up until the nineteenth century, the Sabbath was the only day regarded as a “day off” from work. Even on this day, leisure time was not solely of one's choice. This day was a day of fellowship with most of its time spent in church.

Before TV, Nineteenth Century
In the early years of the century
The “weekend” positively was born
Saturday afternoons plus Sundays off
Provided relief for the forlorn


Back in the early 1970s, the Akron, Ohio-based disk jockey Jerry Healy from WAKR radio station was the one who first coined that catchphrase. It later became synonymous to working people in the United States as a common expression of relief at the end of the work week and anticipation of relaxing or partying over the weekend!
Posted by Unknown at 8:30 AM 0 comments

What is your brew?

Coffee, tea, hot cocoa  - yum- yum, each carries with it an aroma and goodness that is possibly only surpassed by pure chocolate! Ah-ha! Then, there is the addition of extra chocolate to any of the aforementioned that makes it all the more sinful!

Did you know...
❤ ...that seventy-five (75) percent of all caffeine consumed in the United States is coffee?

❤ ...that the great Johann Sebastian Bach even wrote a coffee cantata in 1732?

❤ ...that Shen Nung, a Chinese emperor who lived some 4,700 years ago, discovered tea leaves falling into boiling water make a refreshing drink?

❤ ...that a cup of brewed tea typically contains less than half the caffeine of a cup of coffee?

❤ ...that the original chocolate brought from the Aztec Empire to Europe was a beverage? [The word "chocolate" is derived from the Aztec word "xocolati", which means bitter water.]

Of course, with anything that good comes pluses and minuses, pros and cons. What are the pros and cons of these yummy morning, afternoon and sometimes evening savorings? Let's begin with probably the favorite, coffee. . .

I think we will all pray to the first cup of the day. It's a silent prayer, sung while the mind is still foggy and blue. "O Magic Cup, " it might go, "carry me above the traffic jam. Keep me civil in the subway. And forgive my employer, as you forgive me." Amen. ~Stewert Lee Allen

- Coffee Can Increase Osteoporosis
- Conventional Coffee Is Laden with Pesticides


25 Weird Coffee Trivia #10: By 1900 what could you expect to be delivered to your door in the United States by horse-pulled wagons besides blocks of ice? Coffee. Door-to-door salesmen, the kind you like to see coming.

Coffee Trivia: #100 The most widely accepted legend associated to the discovery of coffee is of the goat herder named Kaldi of Ethiopia. Around the year 800-850 A.D., Kaldi was amazed as he noticed his goats behaving in a frisky manner after eating the leaves and berries of a coffee shrub. And, of course, he had to try them!

More Coffee Trivia: Did you know in Turkey, wives can legally divorce if their husbands don’t provide a daily coffee quota?

Tea can be hot or cold, and is a virtually calorie free, sugar free, fat free, and sodium free drink, but yet is said to be an aromatic and satisfying drink!

+ Drinking hot tea offers some of the same benefits as chicken soup.
+Tea is known as nature's 'wonder drug'.
+Tea can reduce stress levels by up to a quarter.
+ Drinking one cup of tea daily could help reduce the risk of ovarian cancer.

The Bad...
- Drinking steaming tea may cause throat cancer.
- Drinking more than four cups of tea a day can increase women’s risk of developing rheumatoid arthritis.

The Ugly...
- Tea contains oxalate, overconsumption of which can cause kidney stones. 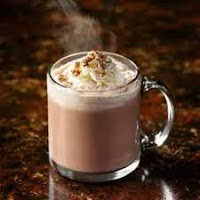 Amidst the frosty temperatures of Winter, what could be better that putting your lips to a cup of steaming hot chocolate? While the silky richness of the hot chocolate is absolutely delicious, it also provides a shield from the wicked bursts of cold.

- Hot COCOA/CHOCOLATE contains caffeine which can be bad for the health.

- Hot COCOA/CHOCOLATE contains many calories because of high sugar and saturated fats that can lead to obesity.

So what is your favorite 'poison'. . . Coffee, Tea or Hot Cocoa/Chocolate or neither? Which brew do you choose as being the most beneficial?

Bob Milke is a veteran. He served his country, your country, my country in Vietnam. He is also a great photographer. Visit Bob @ Northwest Photographer. Upon my visit to his site today, I read a short article most befitting to Awakenings. Since his site is Wordpress and Awakenings is BlogSpot I could not reblog. So with Bob's permission I present his article. . . 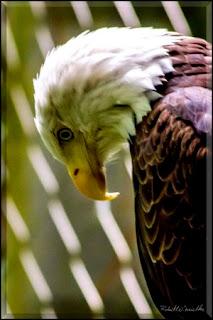 As I look at this holiday season I have to hang my head low and wonder when the American people will wise up and learn a lesson or two about recent events. When we had $5 a gallon gas we were up in arms protesting the high prices and putting ourselves on restricted driving routines to cut down on our costs. When hundreds of thousands of us were unemployed and the country in the worst recession in our country’s history we stopped spending just to try and survive. A lot of us didn’t. So many just gave up, went on welfare and food stamps and even joined the growing ranks of homeless in our country. Ask the people who run relief charities if life has gotten so much better in the past year. I seriously doubt it.

So why did we see media coverage of record crowds pushing their way through door buster sales on Thanksgiving and Black Friday? When will we learn to stop spending like there’s no tomorrow? When will we save for a rainy day? If politicians don’t work out the fiscal crisis will we all again be wailing in the streets? I’m sorry, I no longer feel sorry for irresponsible Americans living beyond their means. Maybe we’d be better off if the end of the world, predicted on December 21st this year, were to come to fruition.

A Tibute to Sandra Who Dared to Dream Big!

by catnipoflife on November 28, 2012
The following posting is featured at catnipoflife as a tribute in memory of Sandra McLeod Humphrey but it also needs to be shared on Awakenings. I feel very honored to have known Sandra even if for only a short period of time.

I encourage you to visit her website Dare to Dream Big! If you did not know Sandra, there would be no better way to celebrate her life than to acquaint yourself with her writing by visiting her blog @ http://www.kidscandoit.com/blog/.

I just learned that one of Sandra's books is #1 in Teen Biographies on Amazon right NOW! I encourage all, whether you knew her or not, to order one of her books as a Christmas gift for a friend, loved one or family member. What a great tribute that would be for Sandra and her husband, Brian!

Here is a brief account of the tragic death of Sandra and Brian, as well as a little insight into her remarkable writing.

“Tragedy has taken the life of award-winning children’s book author Sandra McLeod Humphrey and her husband, Brian Humphrey. Both were killed in a house fire on November 23. The couple’s single-family home in Minnetonka, MN, was in flames at 10:30 p.m. Friday, according to news sources, including the Minneapolis/St. Paul TV network KARE 11. No official cause of the blaze has been released.”

Sandra is best known for her overwhelming desire, knowledge and talent for writing books to build strong character. She has written many award-winning books to help empower young people to believe in themselves and to make good choices. Although her books cover many different subjects and span different age groups, they all have one thing in common: they are written to get young people thinking and talking about important social and moral issues and to help them be the best they can be!

Sandra, you will be deeply missed but through us, your readers, your dream lives on!
I challenge all to share Sandra's dream!
Dare to Dream Big!
Posted by Unknown at 6:04 PM 0 comments

March 25, 1963:
"Ring of Fire" became the biggest hit
of Johnny Cash 's career.
June 7, 1963:
The Rolling Stones first single "Come On"
is released in the UK and reaches #21.
Highest chart positions in 1963
The Beatles - She Loves You
Kingsmen - Louie Louie
Paul & Paula - Hey Paula
Lesley Gore - It's My Party
The Ronettes - Be My Baby
Embrace the Past. . .﻿
"Jobs" and "Freedom"
August 28, 1963:
One of the largest political rallies
for human rights in United States history called for
civil and economic rights for African Americans.

Whisperings from the Past

Whispers of the past may surface as invitations from the heart,
refreshment for the mind, or invigoration of the soul.
Sometimes they awaken images once an intricate part of life
but now appear as shadows of pain and suffering:
gone but never forgotten.

What formidable image
Is reflective of your past
Which if could be changed
Would never be recast?

In those days
Of Rock ’n’ Roll
Did you live
The music of soul?

Is there a friend or foe
Back in your past
Who lived a die-young life
Restless and fast?

What events of the past
Awaken your senses
Maintaining alertness
Keeping up defenses?

What is the longest day
That kept you hanging by a thread
One of anticipation
Or just the opposite, dread?

As you reflect back
On times long past
What vibrant connections
Made your laugh last?

“Bound as our lives are to the tyranny of time, it is true what we know of history that we are delivered from our bonds and escape—into time.”
—A. L. Rouse (1951-1986)