Sex Appeal Amid a bit of Mystique

There are numerous photographs that have earned the tag famous: History and Memory: Iwo Jima, Kissing the War Goodbye, The Smiles of Diana, just to name a few. One of the most famous photographs of all time occurred on this day, September 15, 1954. The picture captured the sex appeal and mystique of Marilyn Monroe during the filming of The Seven Year Itch. "The scene infuriated her husband, Joe DiMaggio, who felt she was quite the exhibitionist, and the couple divorced shortly afterward." 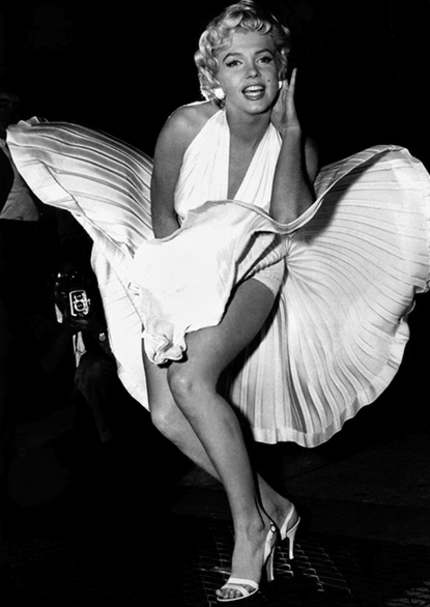 Matthew Zimmermann’s above photo was the most iconic image of the event,
but several versions of the scene existed,
including those by Elliot Erwitt and Gary Winogrand. 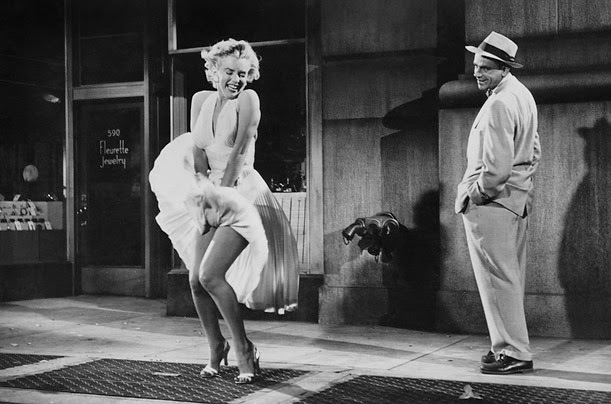 In the actual movie, Monroe’s dress didn’t fly up quite as high;
the scene, with Tom Ewell admiring his dream girl’s pleasure
at a blast of air through the subway grate (below),
was originally shot near Grand Central Terminal,
then reshot on a soundstage. 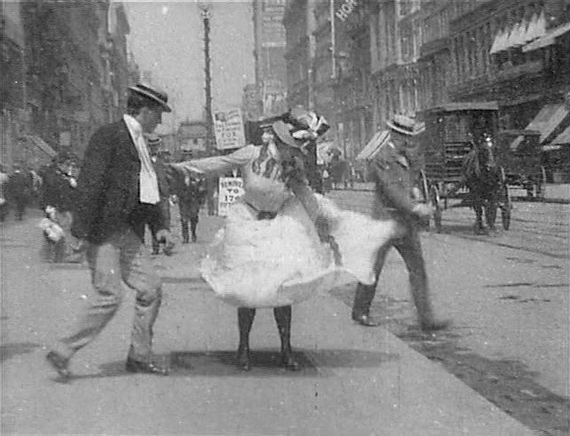 The depiction of Monroe over the grate has been
compared to a similar event in the 1901 short film
What Happened on Twenty-third Street, New York City.


"Imperfection is beauty, madness is genius, and it is better to be absolutely ridiculous than absolutely boring." ~ Marilyn Monroe

The Woman Who Will Not Die