Ready to drink a beer?

There are quotes about beer, jokes about beer, stories about beer, lovers of beer and haters of beer. Nonetheless, football games, barbeques and beer, whether you like them all or in part, became icons of American culture, along with baseball, hot dogs, apple pie and Chevrolet.

But for those parched and dusty
The volumes of beer did boast
Knock it back in a hurry, boys
No time for even a toast

Raise a pint and toast to one of the oldest and most popular beverages in human history. There are hundreds of different varieties of beer, but they all fall into one of two categories—ale or lager. Historians believe that humans have been producing beer, or some form it, since the Neolithic Era. The oldest continuously operating brewery in the world is in the Bavaria region of Germany. The Weihenstephan brewery began producing beer in the year 1040.

Today, the company exports fourteen different brews all over the world.

A Bit of Trivia:

. . .Ale is "one of the oldest beverages humans have produced, dating back to at least the 5th millennium BC and recorded in the written history of Ancient Egypt and Mesopotamia."
Read MORE. . .

. . .As a rule of thumb, the colder the state, the more beer consumption. Many Americans may now be unwinding by uncorking a bottle of wine, but by and large the U.S. is still a beer-drinking nation. Read MORE. . .

On the lighter side... 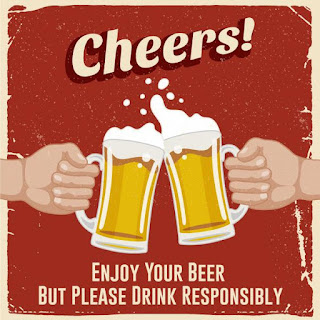 
Forget the Housework & Have a Beer!