Peeling Back the Film

Frozen dinners. Now that is a convenience of which everybody is certainly familiar! Just peel back the film, heat and eat! It was a visit to Pan American airways in Pittsburgh that turned the light bulb on to home usage of those little aluminum compartmentalized trays. Then, some smart advertising on television sealed the deal. 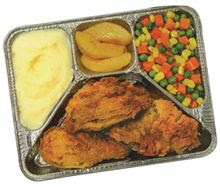 The History of TV Dinners is quite complex. Some may credit Clarence Birdseye with inventing frozen meals. He developed a system of packing and flash-freezing fresh food back in 1923. Albert and Meyer Bernstein co-founded Frozen Dinners, Inc. and were selling frozen dinners on compartmentalized aluminum trays in the Pittsburgh area in 1949. TV dinners weren't officially created 'til the 50s under that name. It was Swanson's massive 1954 advertising campaign that sealed the deal on TV dinners for consumers. Popularity grew steadily and exponentially through the years remaining a 'hot' item to present day.


In the same year as the debut of the microwave tray, Swanson's aluminum tray was inducted into the Smithsonian Institution. Yup, right next to Benjamin Franklin's cane, Indiana Jones' hat, and Dorothy's ruby slippers, lies a tray that once held mushy Salisbury steak.

Swanson's first TV dinner was a Thanksgiving feast. Consumers were treated to turkey, sweet potatoes, peas, and cornbread dressing all for 98 cents. The original tray was made of aluminum with items nestled in separate compartments.  Meals had to be heated in the oven for about 25 minutes until microwave oven-safe trays were marketed in 1986. 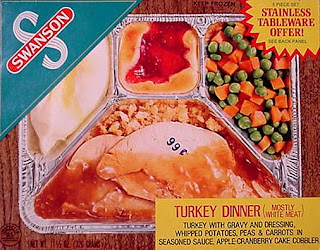 First TV Dinner
Started out at 98¢. Um-m-m? Wonder when the price rose a penny!

With Thanksgiving in the not so distant future, preparing your own TV dinners is a great resource for the leftover turkey, dressing and all the trimmings! Enjoy Turkey Day all year long!

Make your own TV dinners!

Not only were the TV dinners a huge hit on the consumer market but the basic idea itself became a household hit. The TV dinner has evolved much, much farther than simply a means to enjoy a meal or snack while watching your favorite TV program. Planning ahead, saving leftovers, and a bit of creativity have led to homemade meals in a flash when only minutes are available for time in the kitchen. 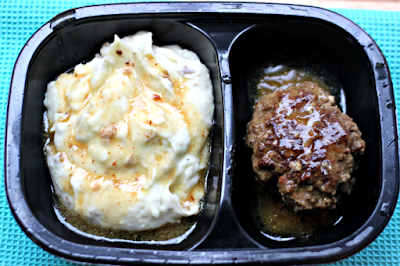 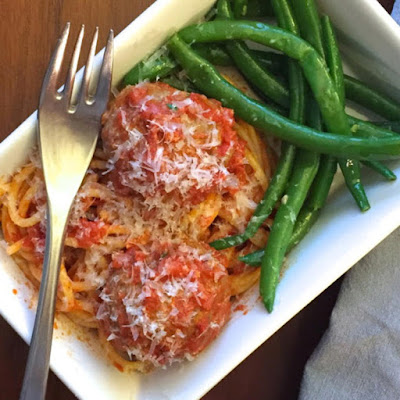 Put on the music and celebrate with the quick meal or snack...