♫Lose Yourself in the Music♫ 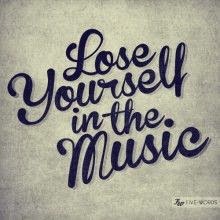 Not only are the songs of the decades memorable but so are the stories behind the music. The best are usually presented in the form of trivia. Bizarre? Sometimes. Hilarious? Often! While most times the trivia follows the music of the day, today the trivia will kick off the music with more to follow. Get ready! Lose yourself in the music; smile and laugh at the trivia.

1958 Cliff Richard made his British TV debut on Jack good's 'Oh Boy', performing 'Move It'. Before he was allowed to appear on the show, Richard was ordered to remove his sideburns. Wonder what would have happened if Elvis had taken the stage? See another hit by Richard on Burning Bones to Broken Hearts, August 25.

1960 A campaign was started in the UK to ban the American hit 'Tell Laura I Love Her' by Ray Peterson. The song was being denounced in the press as likely to inspire a teen-age "glorious death cult." The story told of a lovesick youngster who drives in a stock car race to win the hand of his sweetheart. He crashes and just before dying, groans out the words of the title. 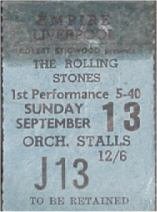 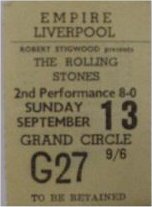 1964 On their 4th British tour date, two dozen rugby players were hired as 'a human crash barrier' at a Rolling Stones gig at the Liverpool Empire Theatre. The 'human chain' disappeared under a wave of 5,000 fans as the Stones took to the stage.

On to the music (with a little more trivia thrown in the mix)...


1965 The Paul McCartney song 'Yesterday' was released as a Beatles single in the US. The final recording was so different from other works by The Beatles that the band members vetoed the release of the song as a single in the United Kingdom. (However, it was issued as a single there in 1976.) Check out the trivia at Yesterday with Sunshine, March 11, 2014.

1980 Kelly Marie was at No.1 in the UK with the single 'Feels Like I'm In Love'. Ray Dorset from Mungo Jerry wrote the song.

1985 'We Are The World' won Best Group Video and the Viewer's Choice at the MTV Video Music Awards in New York. Don Henley's 'The Boys Of Summer' video won four trophies, including Best Video. Bruce Springsteen's 'I'm On Fire' gets the nod for Best Male Video and Tina Turner won Best Female Video for 'What's Love Got To Do With It'.

1986 Berlin went to No.1 on the US singles chart with the Giorgio Moroder written and produced 'Take My Breath Away'. On the B side, The Righteous Brothers 'You've Lost That Lovin' Feelin', both songs were featured in the film 'Top Gun'.

1986 The Communards were at No.1 on the UK with the singles chart with 'Don't Leave Me This Way', which had been a hit for Harold Melvin & the Blue Notes in 1975 and later a hit for Thelma Houston

1987 Michael Jackson started a five-week run at No.1 on the UK album chart with 'Bad', his follow up to the 'Thriller' album It stayed at No.1 on the US chart for six weeks.

1991 Geffen Records threw a party to launch Nirvana's single 'Smells Like Teen Spirit'. The band ended up being thrown out of their own party after starting a food fight.

1997  The Verve scored their first and only UK No.1 single with 'The Drugs Don't Work', taken from their third album, Urban Hymns. The track became the band's most successful single in the United Kingdom.

1998 Lauryn Hill started a five week run at No.1 on the US album chart with 'The Miseducation of Lauryn Hill'.

2000 Elton John threw a tantrum when he was set to appear at a sell-out show at the Estoril Casino near Lisbon. Elton was unhappy after the members of the audience were slow in leaving a VIP dinner before the concert, Elton left the building and flew home on his private jet without playing a note.

2009  Vera Lynn went to No.1 on the UK album chart with 'We'll Meet Again: The Very Best of Vera Lynn'. At the age of 92 it made her the oldest living artist to achieve this feat with an album. The previous oldest living artist to top the charts was Bob Dylan, who at 67 saw his album 'Together Through Life' become number one in the UK earlier this year.