With the passage of the Indian Removal Act in 1830, nearly 100,000 Indians were forced off their homelands into "Indian Territory". Stripped of their dignity they were forced to march overland 1000 miles under horrendous conditions. The survivors of the journey to what is now Oklahoma declared it The Trail of Tears. Deeply rooted in Indian heritage, today Oklahoma is home to 55 distinct Indian tribes. 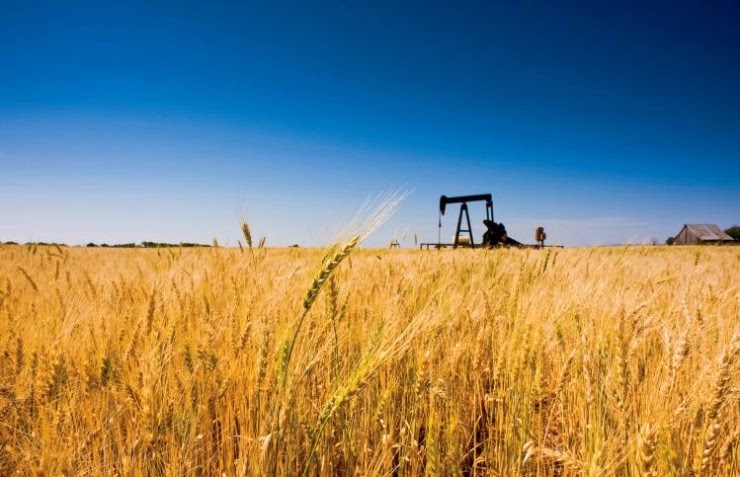 What does Oklahoma mean?


Oklahoma is based on Choctaw Indian words which translate as red people (okla meaning "people" and humma meaning "red"). Recorded history for the name "Oklahoma" began with Spanish explorer Coronado in 1541 on his quest for the "Lost City of Gold."

Oklahoma's nickname The Sooner State dates back to the opening of unassigned lands in the Oklahoma Territory. The Homestead Act of 1862 provided legal claim to 160 acres of public land, which led to the event known as the "Oklahoma Land Run" or "Land Run of 1889".

Throughout the 19th century, the U.S. government relocated Indian tribes from the southeastern United States to the area, and by 1900, over 30 Indian tribes had been moved to what was originally called the Indian Territories. At the same time, ranchers in Texas began to move into the area in search of new pasture lands, and the government eventually opened the land to settlement, creating “land runs” in which settlers were allowed to cross the border at a particular hour to claim homesteads. Settlers who broke the law and crossed the border sooner than allowed were called “sooners,” which eventually became the state’s nickname.

“Boomers” were settlers who favored the opening of unassigned lands in the Oklahoma Territory and lobbied the U.S. government to this end. Promoting the “Boomer's Paradise,” early advocates of settlement in the Unassigned Lands began what is referred to as the "Boomer Movement.” 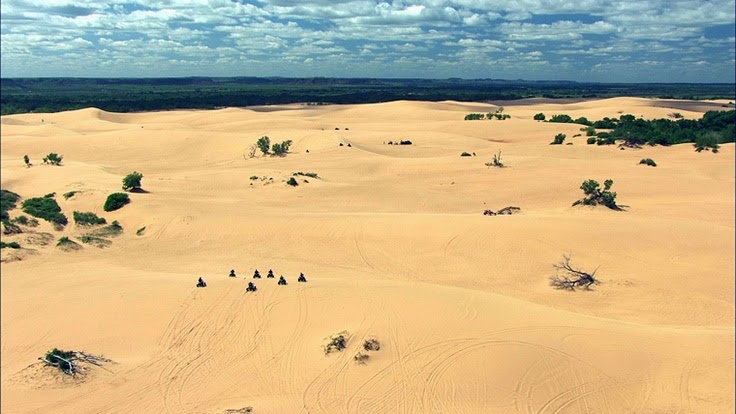 Oklahoma's strangest scenery includes sand dunes, salt plains, toxic soils: the vast deserts of Oklahoma are more than unusual. Oklahoma is home to great tallgrass prairies, where herds of buffalo roam free and oil jacks gush black gold. Where the Trail of Tears ended and a mass exodus began 100 years later, prompted by a wave of dust. Where native cultures have flourished for thousands of years and where countless hopeful settlers arrived for a shot at the American Dream.

The land that today makes up Oklahoma was added to the United States as part of the Louisiana Purchase of 1803 and U.S. land acquisitions following the Mexican-American War. The Indian Territory and the Oklahoma Territory were combined into one state, and Oklahoma became the 46th state in 1907 to join the union. This followed several acts that incorporated more and more Indian tribal land into U.S. territory. Initially, Oklahoma was an agricultural state but suffered great losses during the drought years of the 1930s, which made the state part of the Dust Bowl. During the Depression, poor tenant farmers known as "Okies" were forced to travel west seeking better opportunities. In the 1940s, prosperity returned to Oklahoma, and oil production brought a major economic boom in the 1970s. 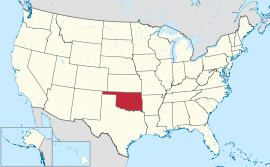 Oklahoma is a state located in the South Central United States. 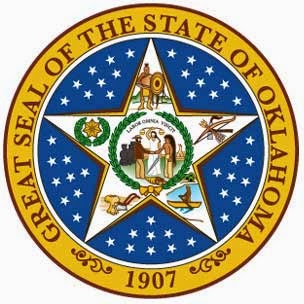 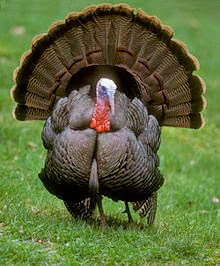 Oklahoma designated the wild turkey as state game bird in 1990. A true native American, the eastern wild turkey is the largest and most widely distributed of the six recognized subspecies of wild turkey in North America.

The turkey was almost our National Bird? No way, you say... 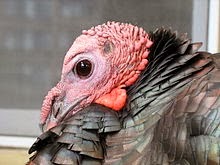 If it had been left up to Benjamin Franklin, the Turkey, not the Bald Eagle would have been designated as our national bird. That would include all the "gobbles," "clucks," "putts," "purrs," "yelps," "cutts," "whines," "cackles," and "kee-kees" that go along with it! Wonder what impact that would have had on the traditional Thanksgiving dinner...Um-m-m? 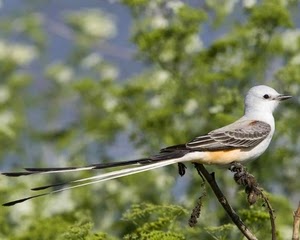 The scissor-tailed flycatcher was designated as Oklahoma's official state bird in 1951. This songbird's unique scissor-like tail can be twice as long as its body. It catches most prey by aerial hawking, but will also grab insects off vegetation.

The voice of the scissor-tailed flycatcher is a harsh kee-kee-kee-kee. It also vocalizes chattering notes like those of Eastern Kingbird.

The buffalo was tagged as Oklahoma's official state animal 1972. Buffalo once roamed the American prairie by the tens of millions and provided a way of life for the plains Indians. But European settlers hunted buffalo to the brink of extinction.

A bull buffalo can weigh over 1800 pounds and stand 6 foot tall at the shoulder.

Oklahoma designated Saurophaganax Maximus as the official state fossil in 2000 as a symbol of Oklahoma's rich paleontological heritage. Quote from legislation:

"This spectacular dinosaur, the 'greatest king of reptile eaters,' once roamed this great land. It is only known from Oklahoma and has surpassed the Tyrannosaurus rex, the 'king of the dinosaurs,' as the greatest predator of earth's history." 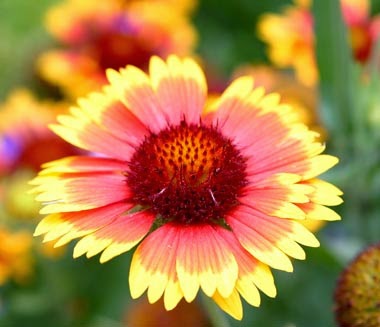 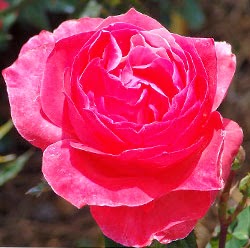 Some controversy exists over the Oklahoma state flower. In actuality, there are two. In 1986, Oklahoma named the Indian Blanket as the official state wildflower. In 2004, the Hybrid Tea Rose, aka "Oklahoma Rose", was designated the state flower of Oklahoma. 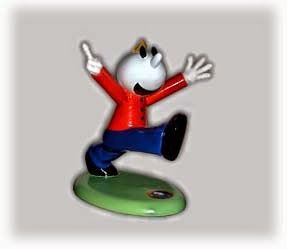 In 1954, Don Woods and GUSTY® joined  KTUL TV channel 8 in Tulsa, Oklahoma for 35 memorable years of weathercasts.  During each weathercast Don drew a GUSTY® denoting the upcoming weather conditions.  The popularity of Don and GUSTY® grew throughout portions of Oklahoma, Arkansas, and Kansas until they were household names. Read MORE... 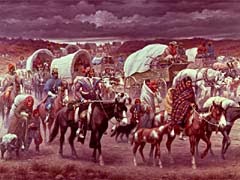 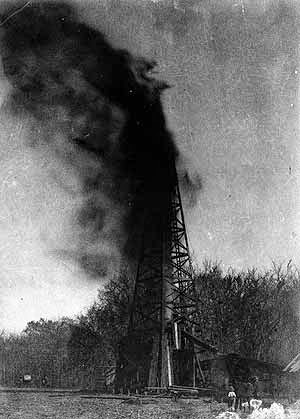 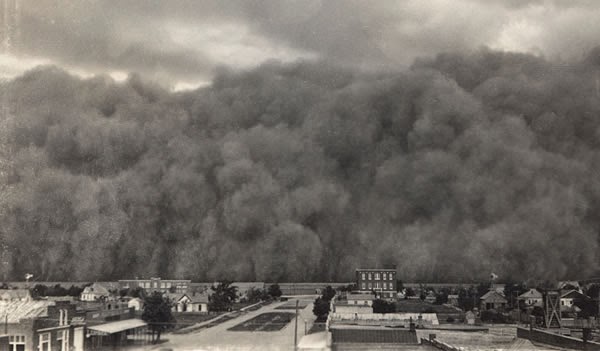 
Cattle drives, cowboys & outlaws
Stretched from Texas to Oklahoma
Railroads took the place of trails
As prosperity became the aroma

Ah-h! The sweet smell of success led Oklahoma out of its state of distress! 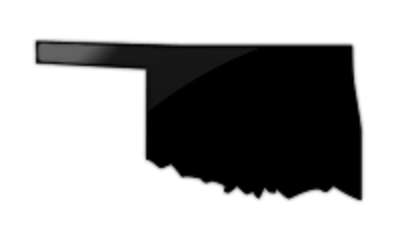 History of the Oklahoma Panhandle