Masked Rider of the Plains

“Hi-Yo Silver — A fiery horse with the speed of light, a cloud of dust and a hearty Hi-Yo Silver … the Lone Ranger! With his faithful Indian companion, Tonto, the daring and resourceful masked rider of the plains led the fight for law and order in the early West… Return with me now to those thrilling days of yesteryear… The Lone Ranger rides again!”

Not sure about you but I just love learning trivia facts about the heroes I grew up idolizing. This one is really special - The 'masked rider of the plains' known none other than The Lone Ranger. My fondest memories rely on my observances via television and the movie screen of his fighting injustice joined by his trusty steed, Silver, and his loyal Indian scout, Tonto. Of course, that is not how he got his start.

It was on this day, January 30 eighty-one years ago when The Lone Ranger debuted on WXYZ (Detroit) radio station. Yep! He made his first "appearance" on a radio show! His character was based on a former Texas Ranger. The book "The Lone Star Ranger" by Zane Grey had been dedicated to Texas Ranger Captain John R. Hughes in 1915. Some believe the original character was inspired from experiences of Capt. Hughes. Others think the character was based on US Marshal Bass Reeves. In either case, the show was a hit!
There are many hallmarks that have followed The Lone Ranger well into the 21st century. Remember the music? The William Tell Overture. Once established there wasn't any other musical score that would ever take its place. It became iconic. Then, since we are in the days of the wild, wild West, there were definitely guns involved and the Lone Ranger's shot silver bullets. Also notable because of Western modes of travel overland there was the need for a horse. Not just any horse. This horse was a white stallion.

Keep in mind we are still talking about a radio program. There was no wide open range or even live horses. Just sounds...sounds presented as authentically as possible as though you were there. The voice of Tonto reflected a mono-syllabic tone of a Native American with his most memorable word being "kemosabe." The Lone Ranger was portrayed by Brace Beemer from 1941 until the show’s final episode in 1954.


A face was finally put with the name when the show transitioned from radio to television. A couple of Lone Ranger serials were released by Republic Pictures in the late 1930s. It was throughout the 1950s when The Lone Ranger television series (1949-57) made the "masked rider of the plains" an American institution. It became ABC network's highest-rating show throughout the decade. While geared more to children, the show was equally enjoyed by adults!

Clayton Moore and Jay Silverheels played the Lone Ranger and Tonto, respectfully, in all eight seasons of the television show, as well as in both the 1956 and 1958 feature-length movies. The Lone Ranger was revived in the 21st century with the making and release of a new version. 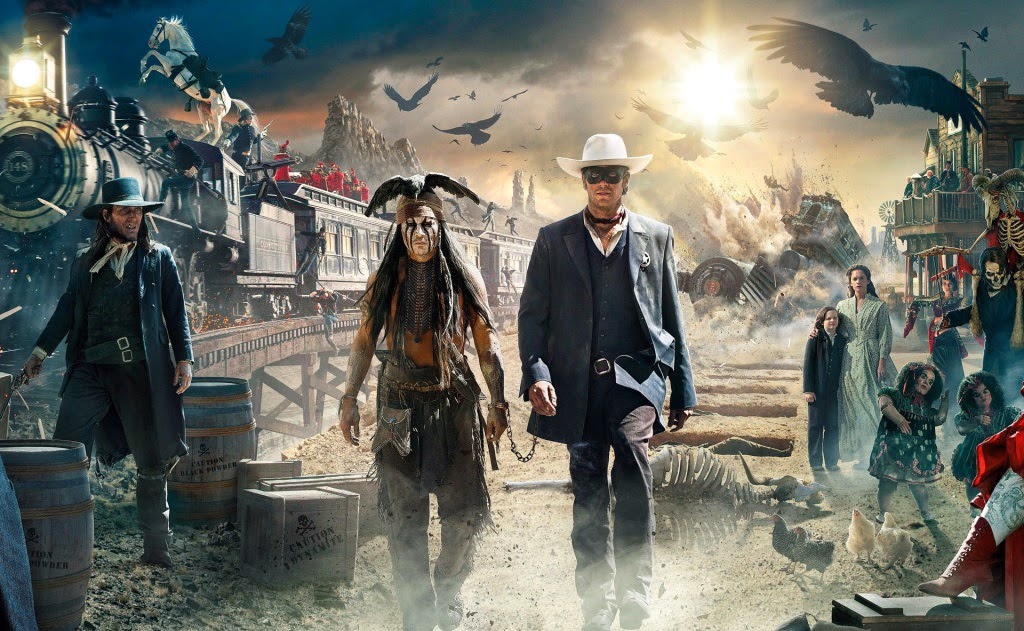 How does the Armie Hammer/Johnny Depp version measure up?

Doesn't look anything like the Lone Ranger and Tonto I grew up knowing and loving. Guess I will just be content with my grandfather's radio hero and my own memories!

“To have a friend, a man must be one; all men are created equal; and everyone has within himself the power to make this a better world. God put the firewood there, but that every man must gather and light it himself, a man should make the most of what equipment he has, that ‘this government of the people, by the people, and for the people’ shall live always, that men should live by the rule of what is best for the greatest number.” (The Lone Ranger Creed) 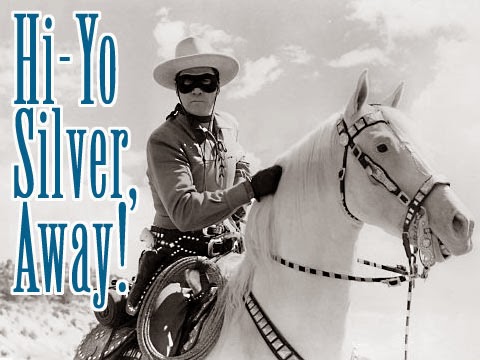