Nothing says Southern like fried chicken! It is the epitome of the southern America comfort food. It is a staple, its own food group...fried to a golden crisp with juicy mouth-watering goodness at first bite, simply just too 'ba-a-a-li-i-i-cious'!

But how did it get its start? Who fried the first chicken? One might immediately think of the African-American slaves so prevalent to the south throughout history!

Read on to see if that is an accurate account or possibly something totally different.

Frying foods - meat, bread, vegetables - has a long, long history going back to ancient times. That's right, ANCIENT times when meat was dredged with flour and spices before frying for tenderizing and enhancement of flavor. As for the frying of the chicken, unfortunately there is no archeological evidence of when that first feathered fowl was cleaned, dressed and plunged into a pan or deep vat of oil. However, there is definitive information about the origin of Southern Fried Chicken:

"Southern fried chicken
Chicken parts that are floured or battered and then fried in hot fat. The term southern fried' first appeared in print in 1925...Southerners were not the first people in the world to fry chickens, of course. Almost every country has its own version, from Vietnam's Ga Xao to Italy's pollo fritto and Austria's Weiner Backhendl, and numerous fricassees fill the cookbooks of Europe. And fried chicken did not become particularly popular in the northern United States until well into the nineteenth century...The Scottish, who enjoyed frying their chickens rather than boiling or baking them as the English did, may have brought the method with them when they settled the South. The efficient and simple cooking process was very well adapted to the plantation life of the southern African-American slaves, who were often allowed to raise their own chickens. The idea of making a sauce to go with fried chicken must have occurred early on, at least in Maryland, where such a match came to be known as "Maryland fried chicken." By 1878 a dish by this name was listed on the menu of the Grand Union hotel in Saratoga, New York..."
---The Encyclopedia of American Food and Drink, John F. Mariani [Lebhar-Friedman:New York] 1999 (p. 305-6)


As for me, I am a true Southerner and absolutely love fried chicken...

and, of course don't forget the wings
whose true succulence the mouth sings

...so much so I wrote a poem categorizing chicken throughout the years before, during and after war. This poem was selected and published in the The Poetic Bond II, November 6, 2012. 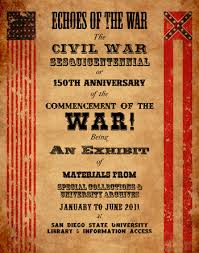 Memories echo times with friends
Teeming with smiles and laughter
Families rallied together—
Morning, noon and thereafter
No bolts or chains held tight the doors
Open windows let in fresh air
A walk down the road came daily—
No worries, not even a care