Television - entertainment for the home BUT not without commercials! How producers come up with the zany ideas they do is beyond me. Do you find it interesting how the most stupid commercials are those most remembered? Are such antics truly indicative of average human being behavior? They do make one wonder!

How did it all get started, this advertising, this marketing, this let me show you what I've got? Buy this, buy that, buy, buy, buy...buy one, I'll give you two...heck, buy one and I'll throw in another along with this, this, this, and this. Just BUY it! 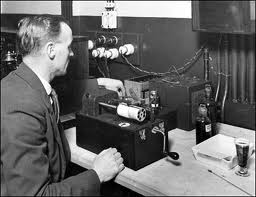 It is really interesting how it all got started. Actually it began with the term broadcasting. According to the dictionary, broadcasting is a "transmission to multiple, unspecified recipients." In other words, it is a means of getting the word out to the masses. The first broadcasting was originally developed as a means for companies to sell radios. That's right, SELL radios.


Of course, once the commercial entities discovered almost every household listened to the radio every day, you know what came next!

If one has to choose a single event that began the era of radio broadcasting, it would probably be the radio program broadcast by station WEAF in New York City on August 28, 1922 This was a ten-minute advertisement for suburban apartment housing. By Christmas of that year, several major New York department stores joined the fray and were running advertisements for their stores.


And, it did not stop with the radio. From radio broadcasting evolved the television commercials once telecasting really took hold in 1948.

After study and many surveys, the advertising agencies determined that the most effective way to reach consumers with a strong message would be by creating shows that featured a single product or a line of products from a single company. From this concept arose the typical television shows of the 1950's including such titles as Kraft Television Theater, Colgate Comedy Hour, and Coke Time. As with radio, these television programs were produced by advertising agencies for their clients rather than the studios as is common practice currently.

Ever heard of Bosco syrup, Fluffo, Ovaltine or Tang? Step back in time to the black and white TV commercials of the 50s and 60s. 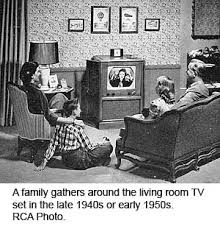 The visual culture of everyday American life
came alive in the many, infamous television series of the fifties.
Artful everyday occurrences became vibrant household happenings,
"as seen on TV."

If you saw it on the television
Was it ever considered absurd?
Idealism, “As Seen on TV”
Readily became a household word

You Are There made history clear
What sort of day was it, gray or fair?
A day, anytime, anywhere
Portrayed as live…and you were there 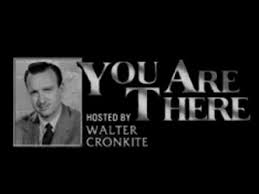 Like Dorothy witnessing Oz
Dull grab broadcasts became colorcast
Technicolor reds, greens, and blues
Made black and white a thing of the past

Sitcoms became each day’s major theme
With The Honeymooners, Father Knows Best
Adventures of Ozzie and Harriet
And I Love Lucy all passing time’s test

The Edward R. Murrow radio show
His claim to fame “Hear It Now”
On TV changed to “See It Now”
And to David Brinkley we bow