A Salute to Our Troops 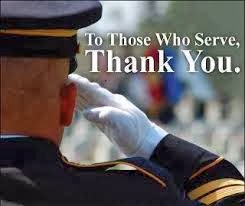 All too often our country's military misses out on life's most precious moments. A soldier (in the sense here meaning any member of our military forces) may be thousands of miles away when news arrives of the birth of a son or daughter. Perhaps, the news is the opposite end of the spectrum, the death of a parent, brother, sister, or even a child. Distance separates families leaving times for communication often few and far between, time passes slowly ...months ... years ... without seeing loved ones. Whether a first hello or final goodbye, the moments can never be regained. And, their stories touch the Heart of America.

Awakenings, the book, is dedicated to those who laid the foundation and established the platform for our American freedom: those who have served in the past, presently serve, or will serve our military forces in the future. A profound appreciation is extended for the sacrifice of these brave men and women who left or will leave their homes and families to ensure America's freedom endures.

A grave price is being paid every moment of every day of the year for all the freedom America has to offer. Let us not forget those who have fought or are fighting for our nation. They are the epitome of the human spirit called freedom!

Soldiers of America
(What are they to you?)

Soldiers are our protectors, fighters
pledging honor with allegiance
to the country they defend...

sworn to uphold The Constitution
whether at home or abroad
from beginning to end...

riddled with imminent danger
forever watchful and careful
not to fall into enemy hands...

born of strength and courage
steadfast in their beliefs
in a quest for America to survive...

Each long for precious moments
to hold a newborn baby

share in celebration
a birthday, a graduation
anniversary or wedding band...

things once taken for granted
to enjoy a cup of coffee together
to share the same dream...

feel joy as tears cleanse the heart
meet life head on as planned
have time to make amends...

My America, YOUR America, Our America
freedom upon freedom they do declare
isn't that what our soldiers are fighting for?

aren't the words they long to hear
Welcome home, soldier!
not the sights, the sounds, the smells of war?

say Thank You, Soldiers!
don't wait another minute...second
for one special day to appear

salute our soldiers, shake their hands
Remember Their Sacrifice
each and every day of the year

Soldiers of America
I know what they are to me
What are they to you?

While the honor below was bestowed upon our military in 2003, it is important to carry this forward into each year that followed and onward into the future. War continues to rage and America continues to fight to maintain her freedom.

"By naming the American soldier as Person of the Year, we're using that term in its broadest sense, to stand for all of those in a U.S. uniform who go in harm's way, including the Navy's sailors, the airmen and women of the Air Force and the Marines," managing editor Jim Kelly wrote in a letter to readers. Source: U.S. Department of Defense

[To me, it was a disservice to not mention the U.S. Coast Guard. Perhaps the intention was for it to be included within the Navy since the Coast Guard protects America's waterways and deploys with the Navy during wartime.]