Wyoming: Home to Many Firsts

Land of geysers & hot springs, cowboys, bucking broncos, bison, free-roaming wild horses & some of the most spectacular scenery in the world...Wyoming, part of Awesome America!
***** 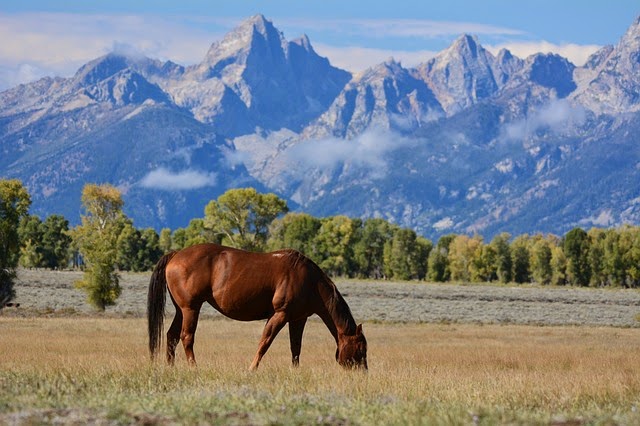 Wyoming was the first state to grant women the right to vote in 1869. This action lead to the nickname "The Suffrage State" and later to "The Equality State." "Equality" is also the state motto. Wyoming has officially adopted a cowboy on a bucking horse as a symbol of the state. This has lead to the reference of Wyoming as "The Cowboy State." With Wyoming being the 10th largest state in total area in the nation, it has also earned the nickname "Big Wyoming." This connotation pays homage to the rugged natural beauty of Wyoming, a state where the Great Plains meets the Rocky Mountains.

Soar over Wyoming and explore the fertile landscapes that first lured men like Jim Bridger out West in search of furs and game. Then visit the Cowboy State's famous towns and landmarks, from Jackson Hole to the Teton Mountains, and from the Sheridan Rodeo to the Continental Divide. Delve into its controversial past, including a shocking hate crime, a notorious mining operation, and a 19th-Century fight for women's rights that continues to inspire today.

In 1803, the U.S. acquired the land comprising Wyoming at the time from France as part of the Louisiana Purchase. John Colter, a fur-trapper, is the first white man known to have entered the region. Colter explored the Yellowstone area in 1807 and brought back news of its geysers and hot springs. Western Wyoming was obtained by the U.S. in the 1846 Oregon Treaty with The name Wyoming is based on an Algonquin Indian word meaning "large prairie place." Great Britain and as a result of the treaty ending the Mexican War in 1848. The United States admitted Wyoming into the Union as the 44th state on July 10, 1890. 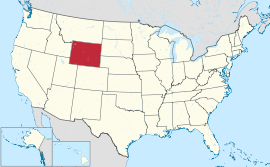 Wyoming is a state in the mountain region of the Western United States. 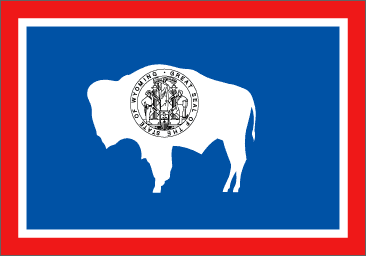 Wyoming was one of the last states to ratify an official state flag. In 1916, an open competition was held by Wyoming's DAR (Daughters of the American Revolution) for the design of an official Wyoming flag. Verna Keays won the $20 first-place prize (from amidst thirty-seven entries) with her design of a bison (Wyoming's state mammal) with the state seal branded at its center. Her design was made official by legislature in 1917. 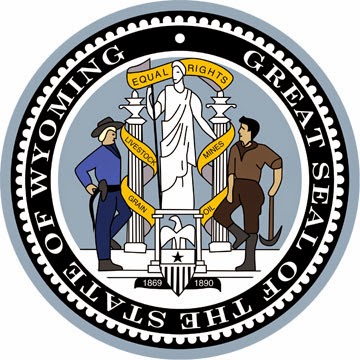 Maryland does not stand alone with a State Dinosaur!
Say "hello" to Wyoming's State Dinosaur,
the Triceratops (what's left of him anyway)... 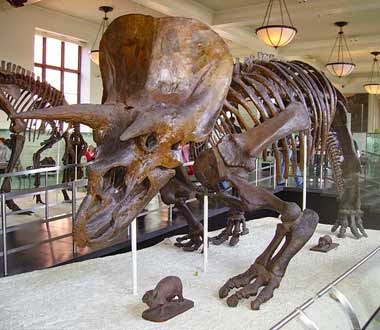 What he would have looked like in the flesh!
Triceratops horridus, a ceratopsian from the Late Cretaceous
of North America, pencil drawing on Wikipedia Commons

A year after the release of the film adaptation of Michael Crichton’s Jurassic Park, Wyoming claimed the “three-horned face” as one of its own. A 1994 statute declared, “A state dinosaur shall be designated by election in accordance with the law. The results of the election naming the state dinosaur shall be filed with the secretary of state.” The “election” in question was a poll of elementary school children, who may have voted out of sympathy for Spielberg’s sick triceratops.

When you hear someone mention Wyoming, what are your first thoughts? I doubt very seriously they focus on the Triceratops. What about buffalo or bronco riding? Now, that's more like it...symbols of the wild, wild West and native to Wyoming. 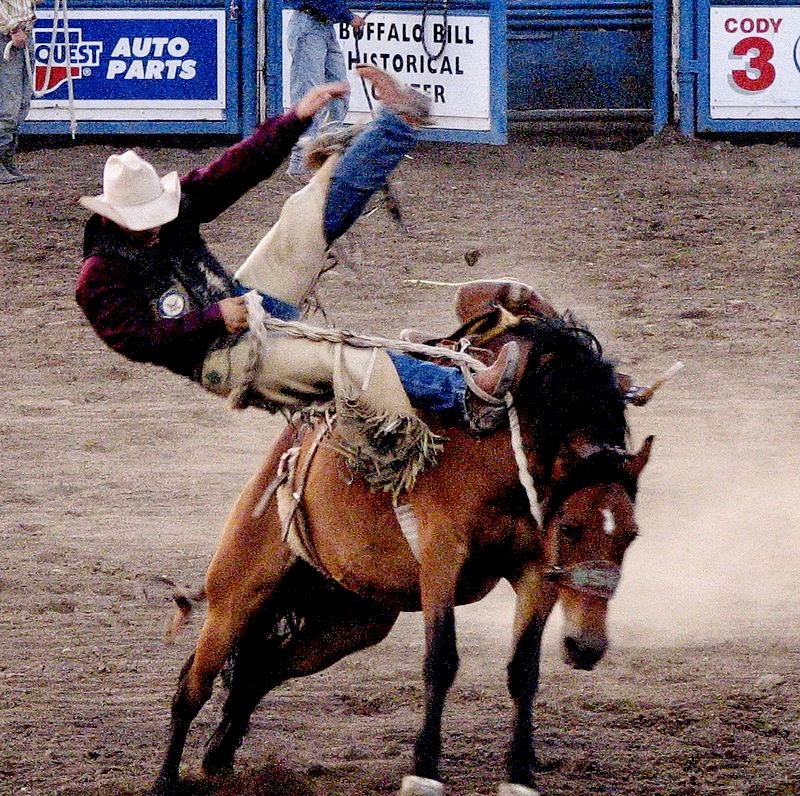 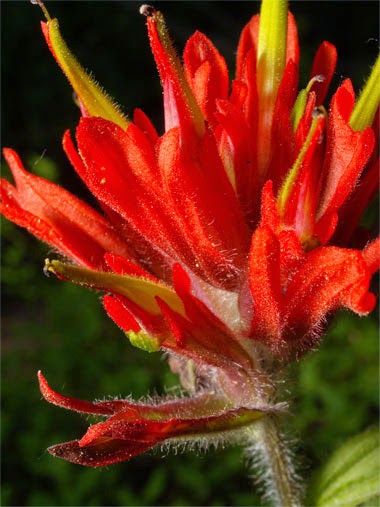 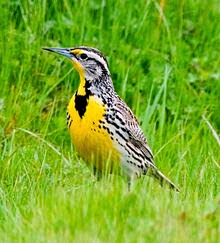 In the 70s, John Denver paid tribute to Wyoming with his recording of 'Song of Wyoming', words and music by Kent Lewis. This song appears on three albums: First released on the Windsong album, also on the Country Classics and The Country Roads Collection albums.

Home to Many Firsts 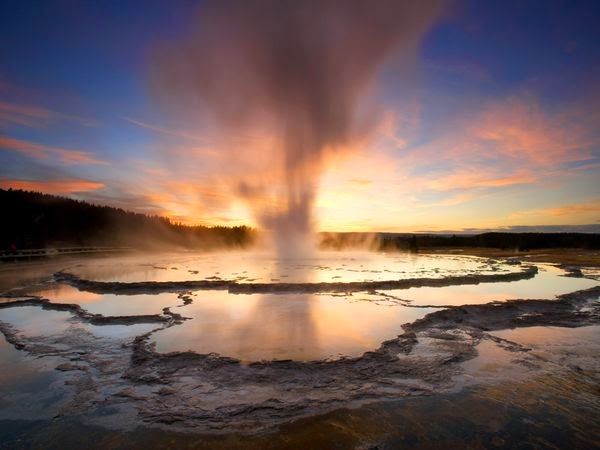 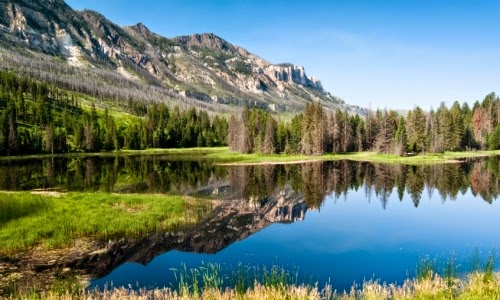 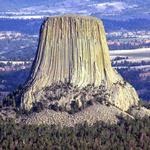 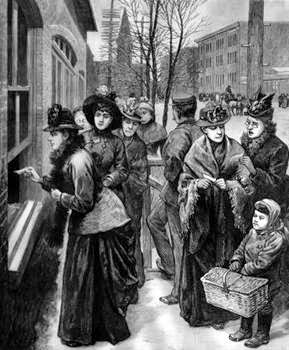 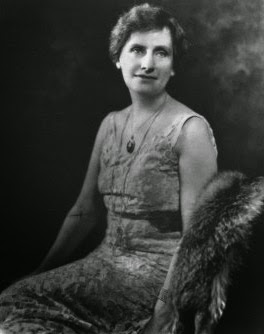 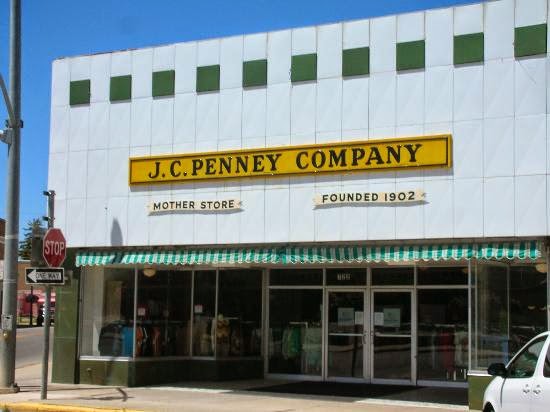 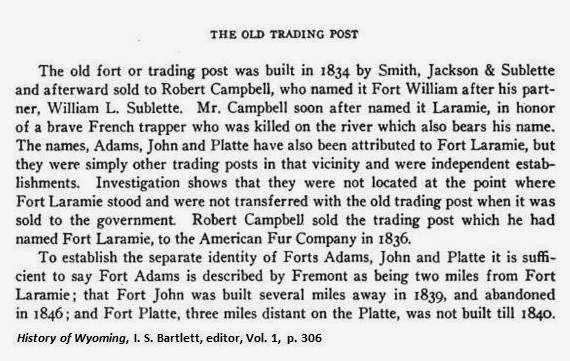 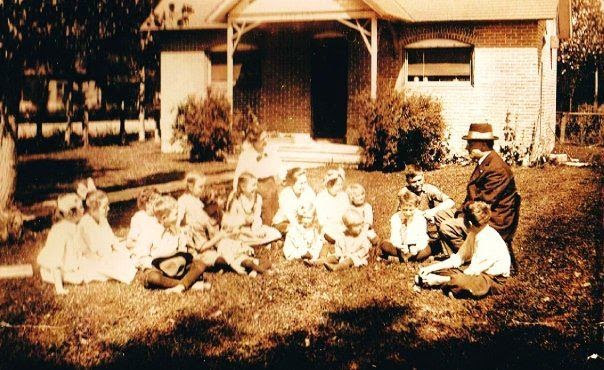 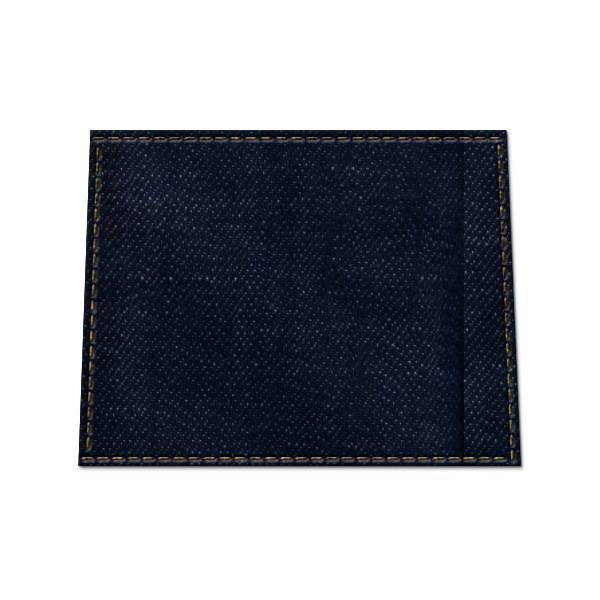 And that's not all of Wyoming's firsts
These are just a few to whet your thirst
Since they're not all for sure
Click HERE to learn even more!