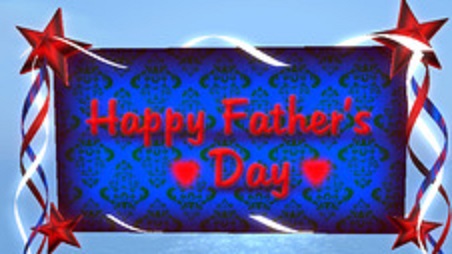 All across America, tomorrow (perhaps today in some parts of the country) is a day of celebration for "honoring fathers and celebrating fatherhood, paternal bonds, and the influence of fathers in society." Fathers, of course, have been around since the beginning of time but what about this celebration? What inspired this special one-day focus on fathers? Should this celebration rest primarily on one day?


In 1908, Mother's Day became a commercial holiday. With the overwhelming success of the establishment of Mother's day came the desire to create similar holidays for other family members. The most likely to succeed was, of course, a celebration for fathers, thus the establishment of Father's Day. Even though the first Father's Day was celebrated on June 10, 1910, it met with much resistance from Americans who perceived it to be no more than just an attempt by merchants to cash in on yet another commercial success. It was not until 1972, when President Richard Nixon signed it into law, did Father's Day become a permanent national holiday.

As so many Americans scurry about at the last minute in search of the 'perfect' Father's Day gift, I found myself reflecting on similar events of Christmas Eve. It's all about gifts. Material things. Cards. Presents. Packages. Does Dad really need a new tie? Is last year's leather wallet already worn to a frazzle warranting the need for a new one? Is the cologne you got him on his birthday a few months back already gone?

Then, in the middle of my reflection, I received a phone call. It was from our son, Scott. Since his dad is on Day 37 of hospital confinement Scott knew Father's Day would be no different than the days spent together over the past 2+ months. Being on life support lends itself to very little communication. It was our son's words and his own perception of Father's Day that truly brought tears to my eyes.

Father's Day: Through a Son's Eyes


Why should Father's Day, or Mother's Day for that matter, be celebrated only one day of the year? I celebrate the blessings of you and Dad every day of the year. While we may have had our differences that growing up naturally brings, I am ever so thankful for the joys, as well as sorrows, shared as a family. I had much rather remember you throughout all of the days a year brings than wait for one day to buy a meaningless gift.

I am not advocating the abolishment or non-observance of Father's Day. Do not get the wrong idea. I am simply reflecting on our son's perception of this day and the importance of not letting this celebration be limited to just one day out of the year! Every day spent with a mother or a father should be in celebration.

Father's Day: Through a Soldier's Eyes

For many, their Father's Day celebration will be distanced across our nation, continents and oceans. They face separation, some in the midst of conflict. They await comforting words from loved ones. For those who are serving our country here at home or overseas, I salute you. To those deployed in Iraq, Afghanistan and other places around the world, hopefully next year you will be celebrating at home with your families.


Remember...More than being soldiers, many are fathers! 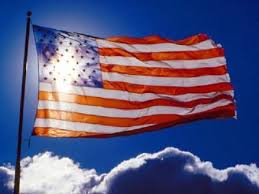 To those who serve near and far
I rejoice in wishing you a Happy Father's Day!

To all those currently serving in our military,
as well as their children, spouses and families,
thank you for the sacrifices you have made
to keep America a free nation.